Agriculture Youth Action for Development Agency (AYADA), with support from USAID Funding Shejeh Salam, conducted a five-day customary law conference with Luo elders to formulate the Luo governing laws. The conference brought together 50 traditional leaders, lawyers, youth and women groups from all Payams of Jur River County, including members of the Luo (Thure) tribe from Raja County, sharing a common culture with the Luo of Jur River County.

On Friday, the local chiefs from Jur River County came together again in Wau to sign the draft guidelines into law. Speaking during the signing ceremony, James Aguer Ken, a traditional chief representing Wathalel Boma in Jur River County, called on the state assembly to urgently expedite the endorsement of their customary law. “We come to sign the Luo customary law. So, I call upon all the partners, AYADA South Sudan, IOM and USAID Shejeh Salam; I need all of them to work hard to ensure that this law reaches the state assembly to be passed into law,” Aguer said. Aguer stated that the Luo community did not have a strong guiding constitution, adding that the signed law will be able to sort out any problem within the community.

Meanwhile, Kon Aleu, another chief from the same area, said they are now waiting to receive their customary law to resume some of the waiting cases for trial. “We need these books to reach us on time so that our work could go ahead because we have some pending cases,” Aleu said.    The purpose of the Bahr el Ghazal Luo customary law is to assist and guide Luo traditional authority leaders, and other members of the Luo traditional authority courts in their local courts within Jur River County and other Luo inhabited areas to resolve disputes and conflicts within their jurisdictions as stipulated in the local government Act 2009 to maintain social fabric, promote cohesion and stability.

AYADA South is doing the Dissemination of Luo customary law and distribution of stationeries to traditional authority courts in River County with funding from USAID called Shejeh Salam. The project aims to promote social cohesion among the citizens of Jur River County. 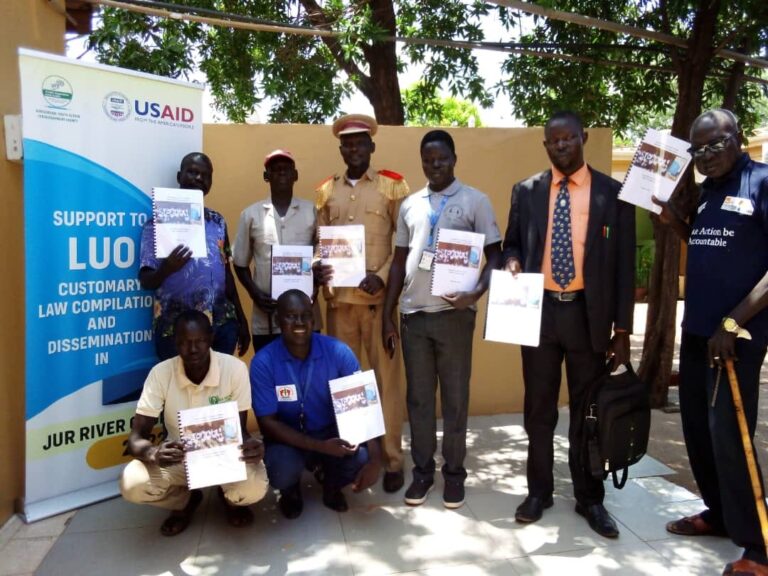 AYADA South Sudan with grant from USAID Shejeh Salam program concluded the five months project on support to Luo Customary Law compilation and dissemination in Jur River. The conclusion end with the official signing of The Bahr el Ghazal Luo Customary Law into codification and use, thanks to the citizens of Jur River County with… 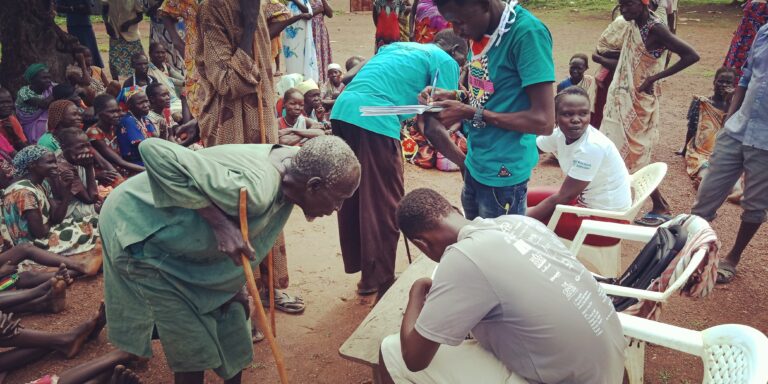 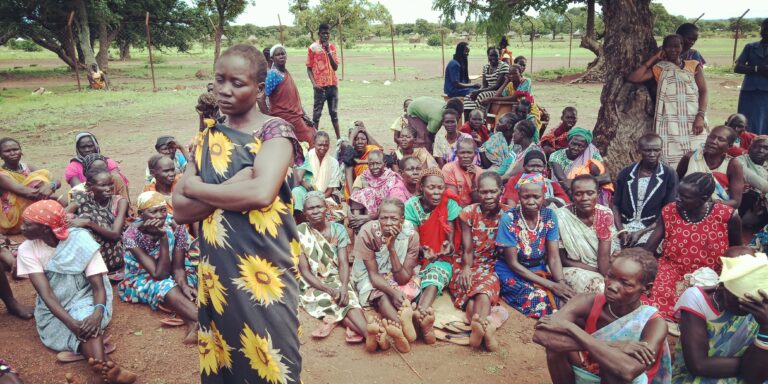 As an organization committed to improving the lives of women and girls in South Sudan, we’d like to request well-wishers/Donors across the world to donate to make a difference. The conflict caused negative impact to women in South Sudan and your donation will make the most impactful ways to empower women and girls every day.